We provide a range of instruments for effective particle characterisation including the unique CPS Disc Centrifuge Ultra High Resolution Particle Size Analyser, the ZetaView® Nanoparticle Tracking Analyser, the NANO-flex Dynamic Light Scattering Instrument, and the NanoFlowSizer® for Inline Nanoparticle Size Characterisation. Whether looking to analyse size, shape, concentration or size distribution, we’ll work with you to ensure you get the most out of your investment.

Browse Solutions for Particle Characterisation below; call us on +44(0)1954 232 776 or email info@analytik.co.uk to discuss your requirements with a specialist.

DCS can be used to analyse particle size distribution. The technique utilises a modified version Stokes’ Law to determine an unknown distribution of particle sizes by measuring the time it takes for particles to settle from a known distance in a liquid of known viscosity and density.

Exposure to high g-force through a centrifuge allows the sedimentation of even very small particles down to just a few nanometres in size to occur quickly, enabling real-time analysis.

The CPS Disc Centrifuge allows the measurement of highly poly-dispersed particles within an approximate size range of 3nm to 60 microns depending on particle density; the CPS can measure particles with as little as 2% size difference from one another. Rather than rely on a predictive algorithm, the CPS physically separates particles and measures them as they pass a light source detector. 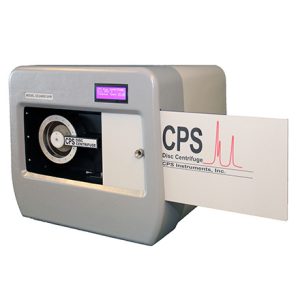 Key benefits of the CPS Disc Centrifuge include:

The CPS Disc Centrifuge has applications in a wide variety of sectors, varying from analysis of virus and virus-like particles and gold and silver nanoparticle used in drug delivery systems, to liposomes, carbon nanotubes, polymeric particles, water and oil-based pigments, and printing inks.

Find out more about the CPS Disc Centrifuge UHR >

The ZetaView® is a next generation nanoparticle tracking analyser that measures hydrodynamic particle size, zeta potential and concentration through analysis of a video sequence at 11 separate positions in a flow cell. Each individual particle in the 3nL field of view is counted and tracked in short video clips, creating accurate concentration calculations and particle size distributions. The ZetaView® combines these Brownian Motion measurements with classical micro-electrophoresis to determine zeta-potential. These parameters can be measured both in scattering mode and in fluorescence mode, for the determination of fluorescently labelled sub-populations. 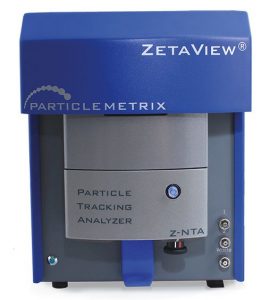 The ZetaView® can measure particle size between 20nm – 1000nm (dependant on sample and laser) and a concentration range of 105 – 109 particles/ml. With several available laser options, the addition of dual or quad laser functionality for fluorescence labelling and multiwavelength excitation, means that its market-leading anti-bleach fluorescence technology has the unique ability to identify two or four different sub-populations in quick succession, without the need to manually change lasers.

Find out more about the ZetaView NTA Analyser >

DLS is a widely used technique for determining the size distribution profile of small particles in suspension or polymers in solution. 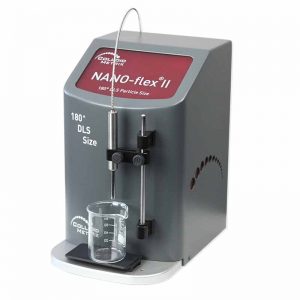 This stand-alone particle size analyser can not only be used for in-line applications (featuring a unique dip in probe for in-situ size measurements) but can also work in conjunction with the Stabino® system for simultaneous size distribution, zeta potential and titration/stability measurements.

The NANO-flex® is ideal for a range of applications including colloid stability optimisation, reagglomeration control, core shell design and dispersing efficiency development.

Find out more about the NANO-flex DLS instrument > Spatially Resolved Dynamic Light Scattering (SR-DLS) overcomes the limitations of standard DLS to allow particle size characterisation in process flows and for highly turbid suspensions. NanoFlowSizer technology is based on low coherence interferometry providing light scattering information as function of optical pathlength in process flows. The depth resolved light scattering holds information on particle movement caused by both Brownian motion as well as flow rate. The contribution to scattered light fluctuations due to Brownian motion is used for calculation of the particle size characteristics.

The NanoFlowSizer® is ideal for a range of applications including Lipid-based Particles, Protein Molecules, Silica, Iron, Titanium Dioxide, Gold Particles and
Polymers.

Find out more about NanoFlowSizer technology >

Inline Particle Sizing with the NanoFlowSizer® 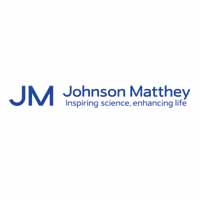 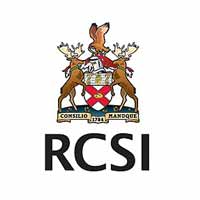 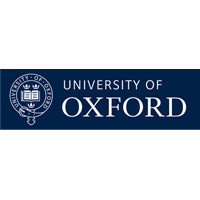 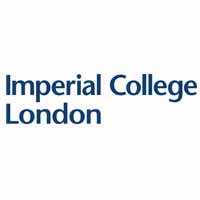 We currently use the ZetaView to compare yields from different EV preparation techniques, to assess changes in particle (EVs) concentration between different experimental conditions, and to normalise the concentrations of EVs we use in cell treatments. In the future, we hope to use the fluorescence capability of the ZetaView® to analyse subpopulations of EVs. Having tried other commercial particle characterisation systems, we choose the ZetaView® because we find the automated scanning of multiple positions and video analysis capabilities of the unit convenient for quick analysis of our EV preparations. The software is user friendly, and the machine is easy to set up. We can also dilute our samples allowing for minimal loss of sample size for downstream experiments/ analysis.

Before we purchased our CPS we routinely analysed samples by DLS. While sample analysis is not as straight forward as with our DLS instrument (it requires you to build a sucrose gradient inside the disc prior to analysis, where with our DLS instrument you just insert the cuvette and press go) the resolution far surpasses what we were used to, and is well worth the little extra effort. We routinely analyse samples looking to detect the level at which influenza virus particles may be present.

A comparison of Laser Diffraction and Differential Centrifugal Sedimentation

CAN’T FIND WHAT YOU’RE LOOKING FOR?