Small molecules, nucleic acids and proteins can be packaged within these lipid based nanoparticles and used for both drug and vaccine delivery.

An internationally recognised expert in the field of liposomes and particulate drug delivery research, with approximately 130 peer reviewed manuscripts, 5 textbooks and her work has been translated into 6 patents. 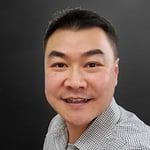 An expert in numerical simulations such as computational fluid dynamics (CFD) and finite element analysis (FEM). Yang is responsible for the overall direction and development of new technology and new application development, as well as sharing responsibility for business line strategy of new technologies. Receiving his Ph.D. degree in Chemical and Environmental Engineering from the University of Toledo in Ohio, USA., Yang is a member of the American Association of Pharmaceutical Scientist and Controlled Release Society. 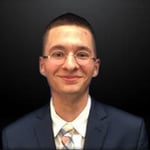 As an Applications Engineer, Chris has worked with a wide variety of materials, including lipid nanoparticles, while performing proof of concept, process optimization, and scale-up tests at Microfluidics’ facility located in Westwood, MA. During this time, Chris has amassed knowledge of both Microfluidizer® Processor Technology and the various applications which utilize the technology. Prior to working for Microfluidics, Chris earned a B.S. in Chemical Engineering from Syracuse University.