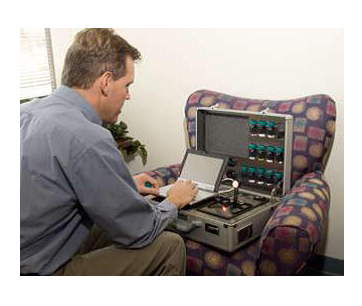 Biggleswade, UK, 16th April 2007: Analytik, leading suppliers of innovative analytical solutions to the UK and Ireland, are pleased to introduce the RxSpec®700Z from ASD for pharmaceutical verification testing.

While the extent of pharmaceutical counterfeiting varies among different regions in the world, there is consensus among regulatory bodies that the problem is a dangerous threat to the safety of consumers. Additionally, as counterfeiting techniques become more advanced, fakes are more easily passing undetected into the supply chain, causing industry to experience the financial impact. Counterfeiting, fraud, and theft within the pharmaceutical industry supply chain range from conservative estimates of $30 billion to more than $50 billion in annual losses to corporations, according to market studies by organizations such as IMS Health and the FDA. In 2003 the FDA established the Counterfeit Drug Task Force as a new initiative to combat this growing problem and more aggressively protect consumers from counterfeit drugs. The new initiative includes exploring the use of modern technologies and other measures that will make it more difficult for counterfeit drugs to get mixed up with, or deliberately substituted for, safe and effective drugs.

In 2004, to address this issue, Analytical Spectral Devices (ASD are represented in the UK by Analytik Ltd) released its RxSpec® near-infrared (NIR) technology for drug verification in high-volume Central Fill and Mail Order pharmacy operations. The RxSpec® system uses patented technology to directly examine a drug, while in the dispensing vial, and confirm that the correct drug and dosage are being dispensed by comparing the sample to a database of more than 700 NDCs.

Read the full story via the download link above.